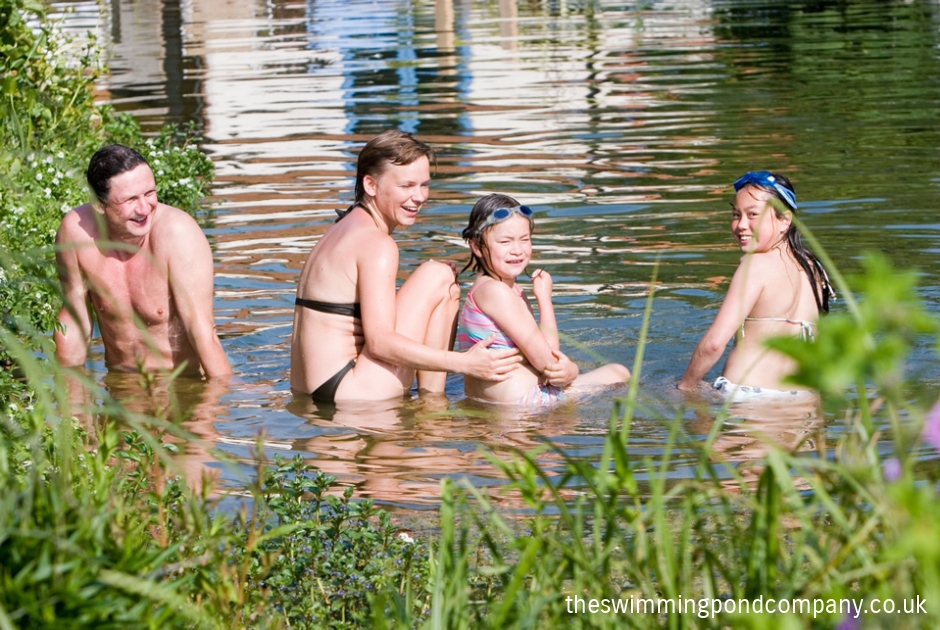 Anyone taking a dip in the must-have, environmentally friendly swimming pool of the future may have some rather unusual company. Just below you might be a couple of newts and reach for the sides and your hands could be brushing against aquatic plants. 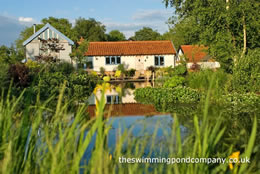 To be strictly accurate we are talking“swimming ponds” rather than pools here and as global warming brings about warmer summers in Britain more garden owners may prefer this natural way to cool off.

They are being championed by Paul Mercer, who gained a degree in landscape and garden design in his mid-thirties. He had previously experienced and enjoyed swimming in the southern hemisphere rock pools on his many journeys across the globe. He has designed and constructed a lovely example of a swimming pond in the tranquil garden of his home in Bressingham on our county’s border with Norfolk. 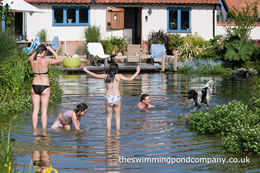 On a warm early summer afternoon it looks very inviting, but won’t many people still prefer the more regimented, creepy-crawly and vegetation free garden pool? Paul smiles, perhaps knowing that sitting on the decking which leads down to the water’s edge, and with flowing water gently pattering away to our left, he can make a convincing sales pitch for his product. “Anyone who has ever enjoyed swimming in a natural rock pool on a hot summer’s day will speak of a definite feeling of liberation and of connecting to the natural world that is simply not achieved in a conventional swimming pool. The natural swimming pond can recreate those feelings but in a garden setting. It was one thing to have a beautiful pond in the heart of the garden that could look good for 12 months of the year, but to be able to swim in it too…. well, who needs to fly to the Mediterranean?” he says.

“They are very popular in Germany but the original concept was developed in Austria by people conscious of the health benefits of bathing in natural water found at spas. More than 1,000 pools have now been built in Austria, Germany and Switzerland.” He goes on to say “Natural swimming ponds are based on ponds and pools that were once found so abundantly in the landscape allowing swimmers to enjoy the water along with the various creatures that are attracted to it.” 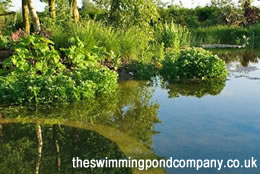 Paul goes on to say that they work as a chemical-free combination of swimming zone and regeneration zone with the latter zone which contains aquatic plants and minerals . It is the regeneration zone which is responsible for cleaning the water. This is done by circulating the water (by means of a pump) through the minerals, within which the plants are growing. The plants are then able to draw their nutrients directly and efficiently from the water which is then filtered as it passes through the minerals. Clear, but not sterilized water is then returned to the swimming zone removing the need for harmful chemicals.

Those of a slightly squeamish disposition should note that the swimming zone is kept plant free to allow uninterrupted swimming. This is achieved by an internal wall that separates the swimming zone from the regeneration zone. The wall terminates about 20cm below the surface of the pool in order to allow free transfer of water between each zone thus creating an environment that is intertwined and mutually dependent on one another. 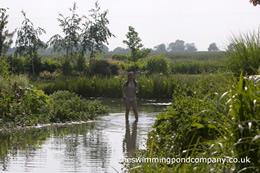 Seeing I have spotted movement in the depths of the swimming area Paul admits fish are not compatible with the swimming pond concept. “They stir up any silt that can naturally accumulate on the bottom of the pool and their excretion is high in nutrients and one of the aims in achieving clear water is to reduce nutrients as much as possible. The fish are only here because we transferred them from the original pond and since there are only two, I didn’t think they would make too much of an impact”, he laughs. 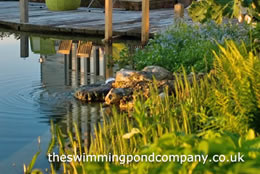 Paul says the upkeep of a swimming pond once built is less than that of a conventional swimming pool, but they are not cheap. Costs can vary considerably depending on many factors such as size, type of lining, site access and the extent of associated landscaping. As a guide however costs generally fall between £250-£400 per square metre with economies of scale being achieved with larger projects.

Costs aside, Paul points out many owners of natural swimming ponds say the best thing about them is their interaction with nature. “Although separated from the aquatic plants you still feel surrounded by them when you swim…. it creates a special kind of mood,”is one opinion. Visit the swimming pond at Bressingham and you may be won over.