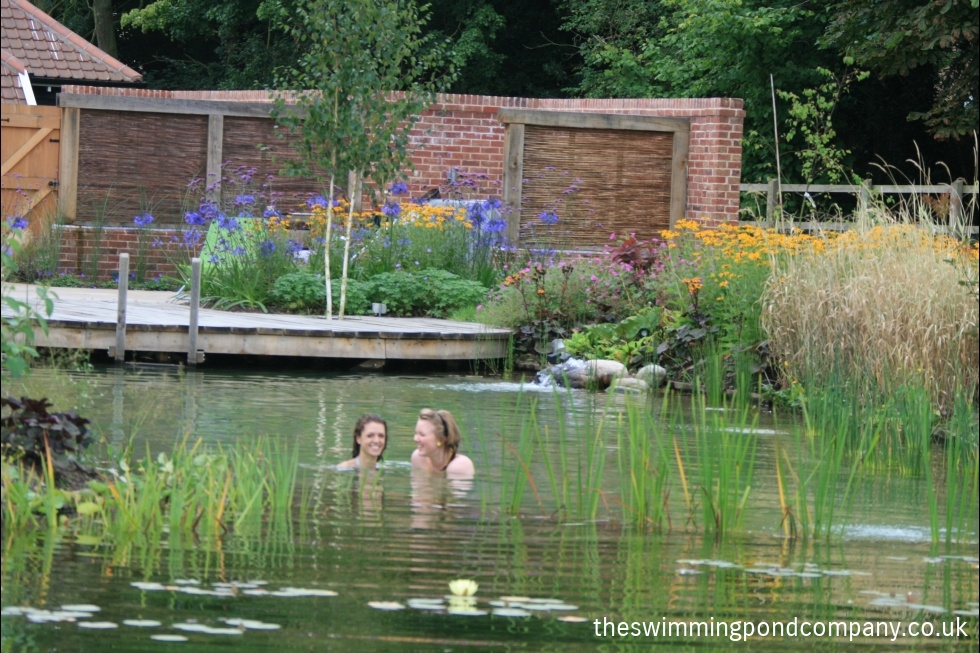 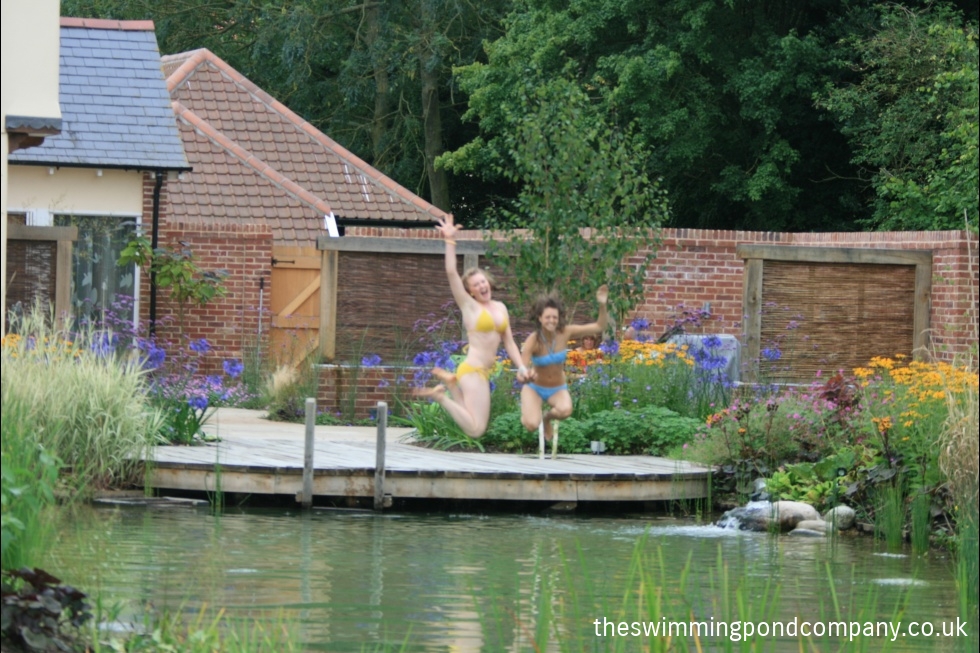 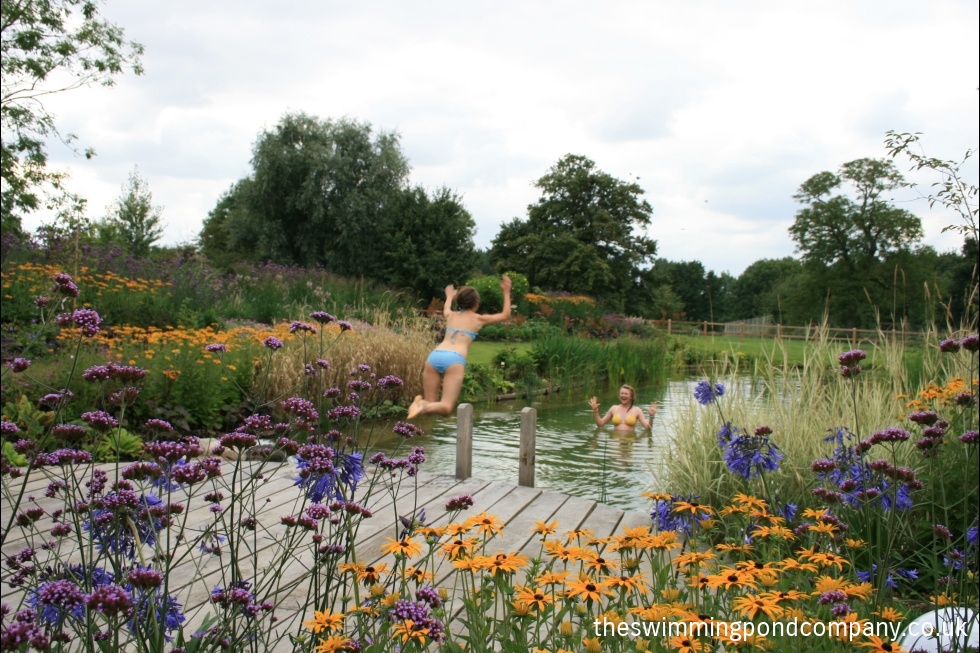 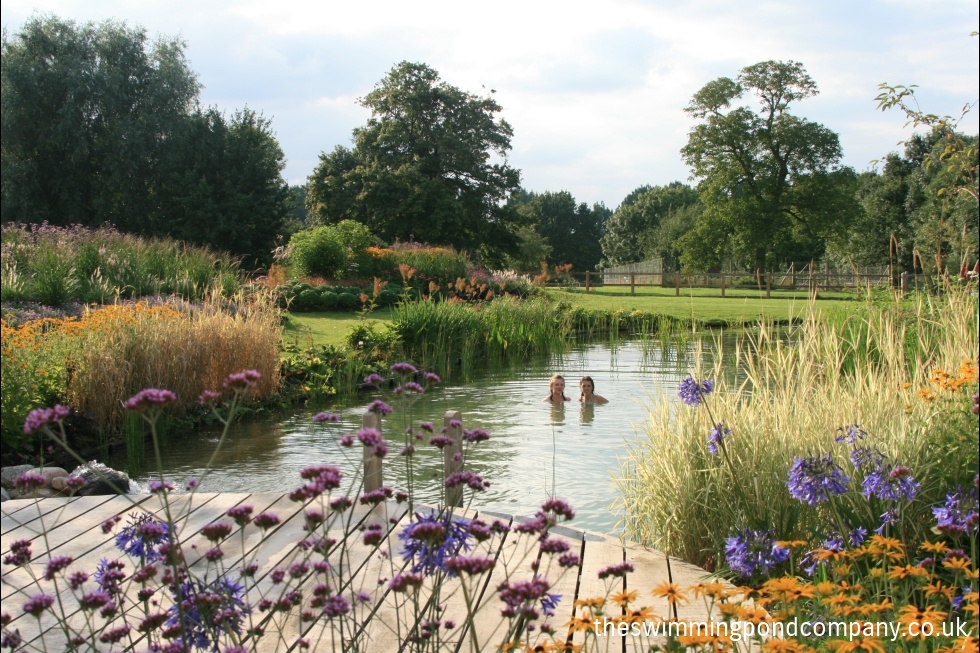 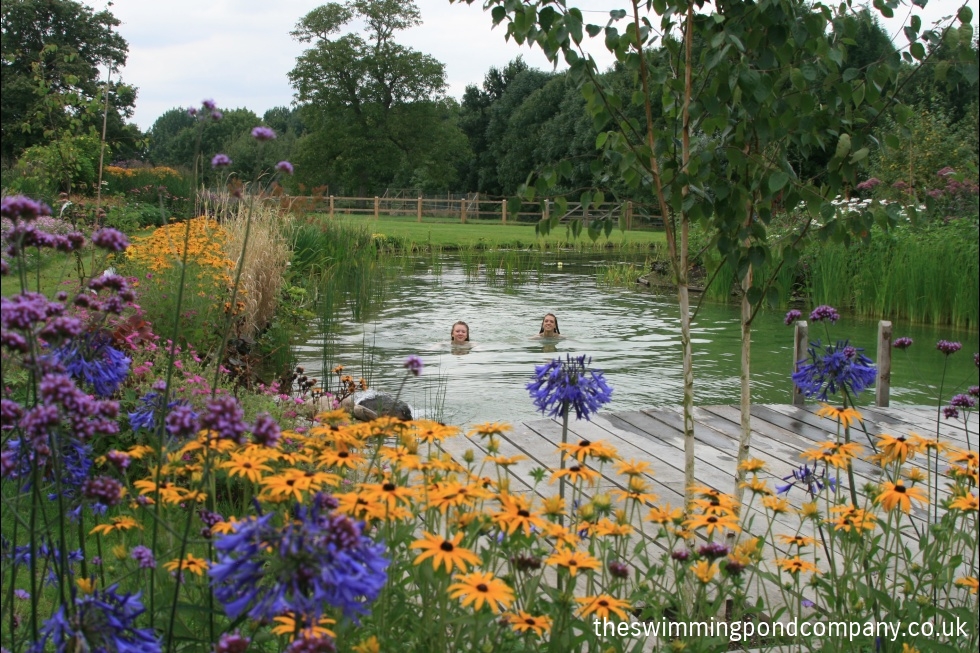 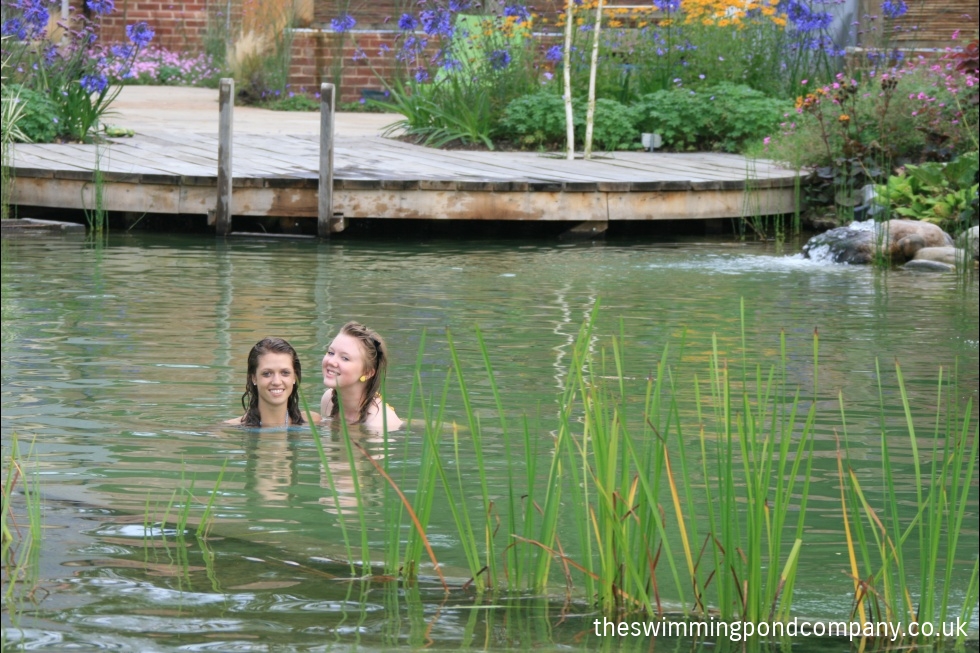 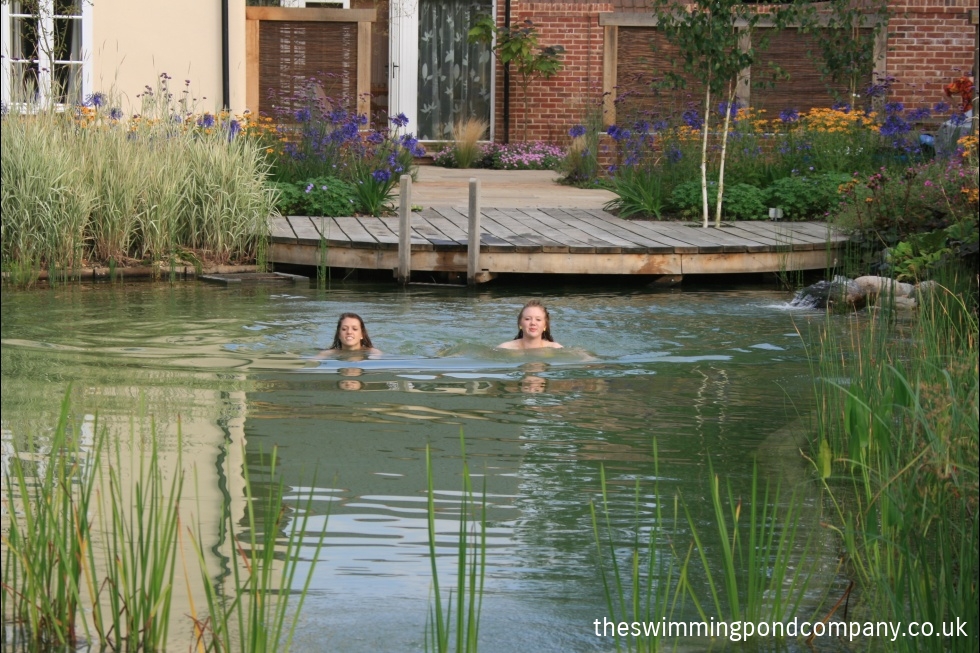 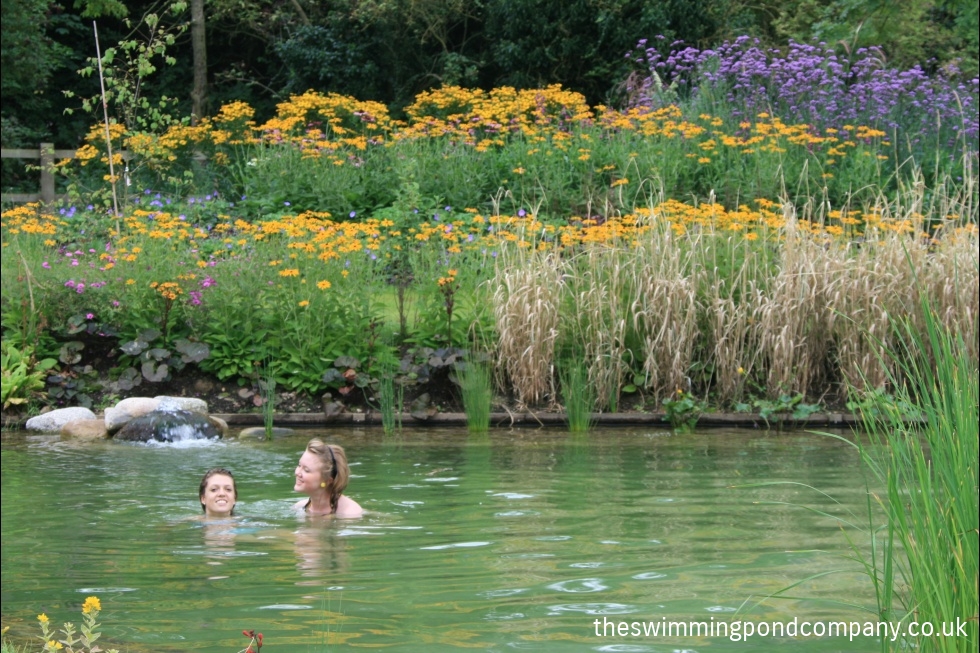 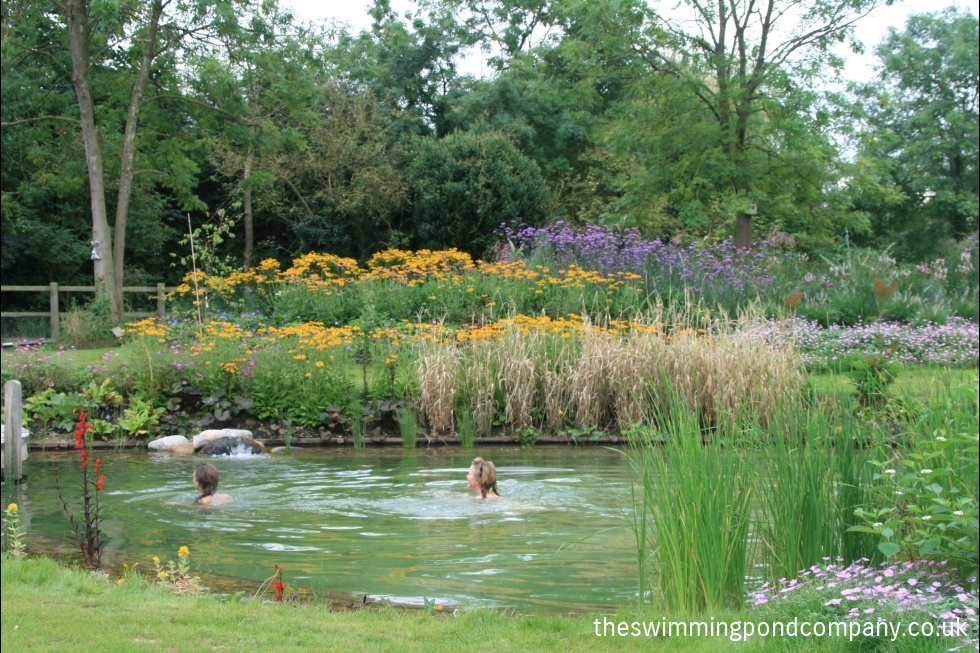 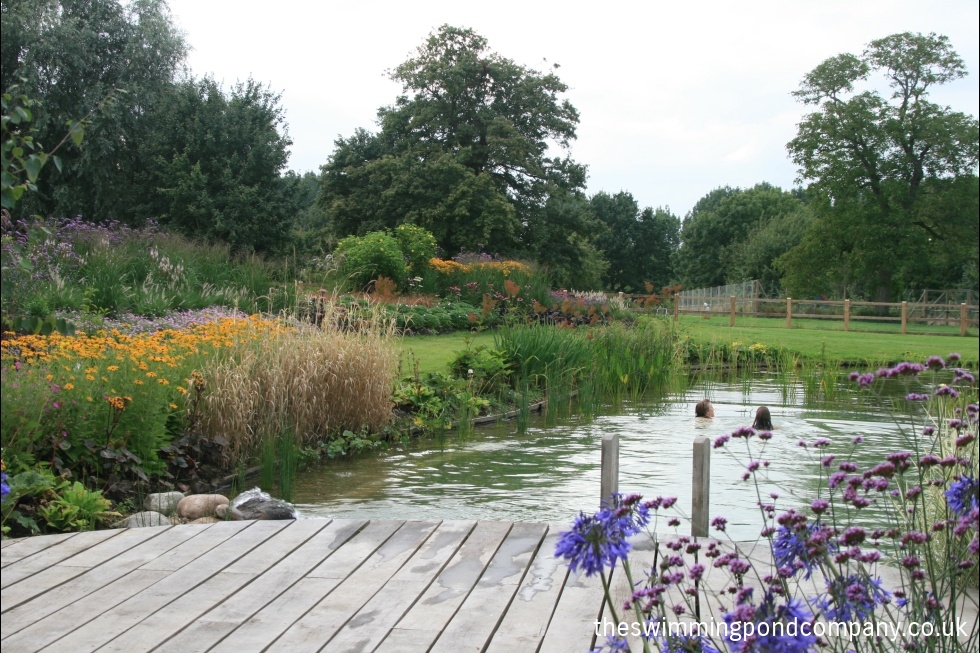 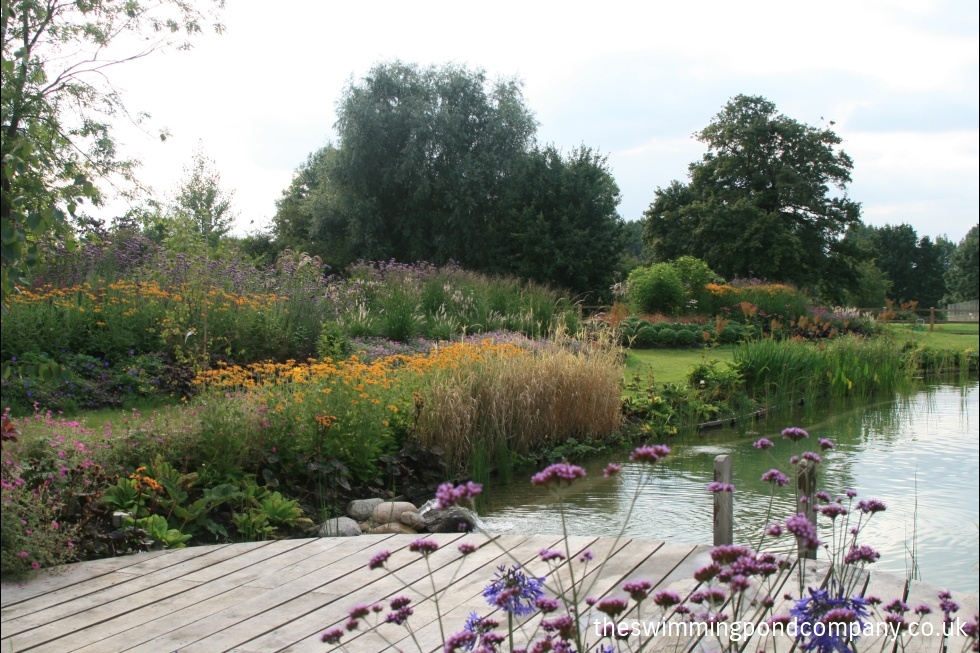 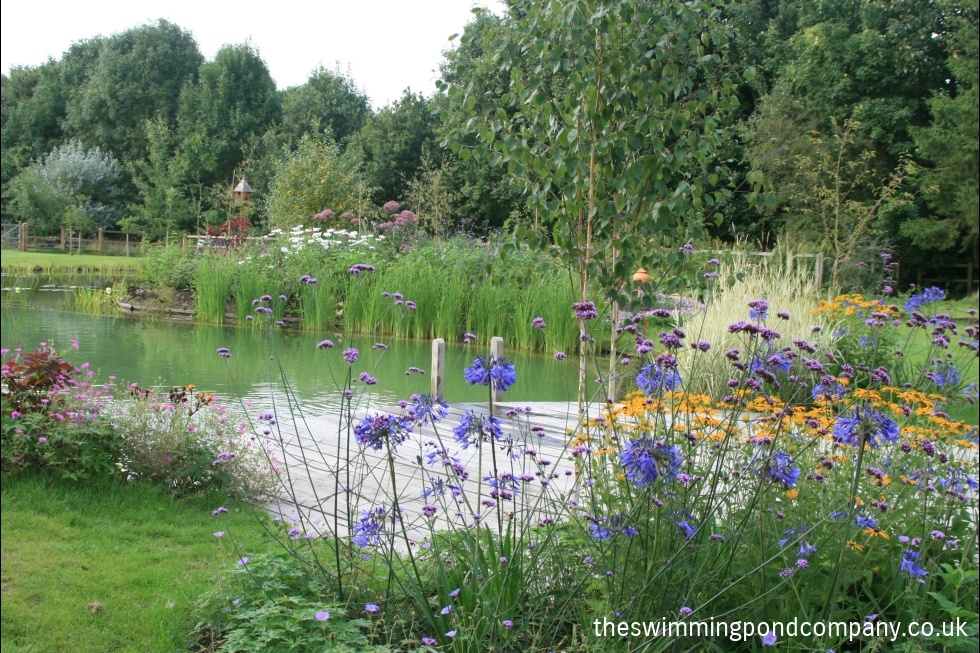 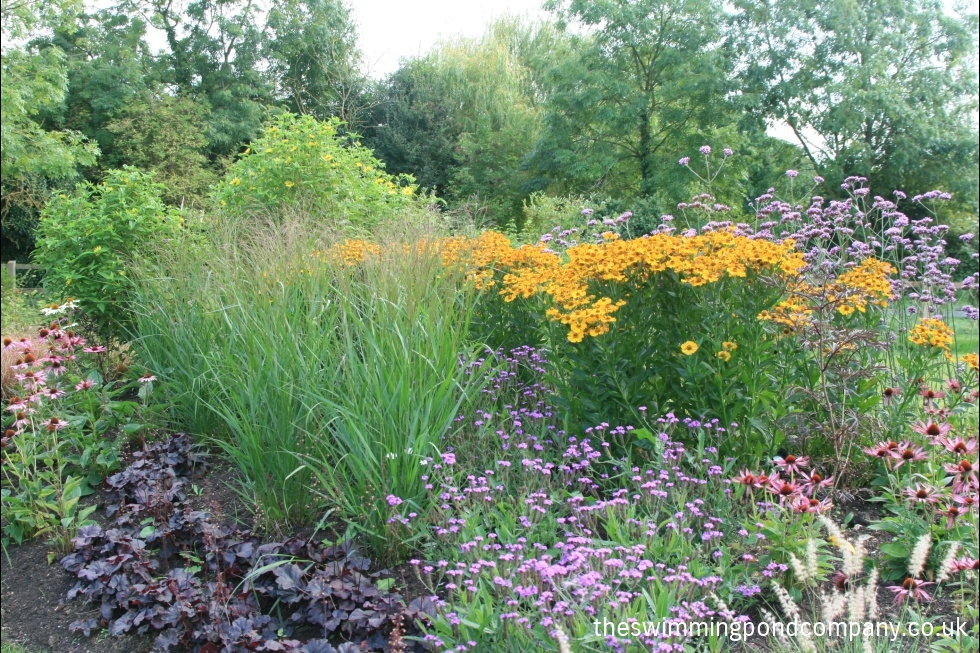 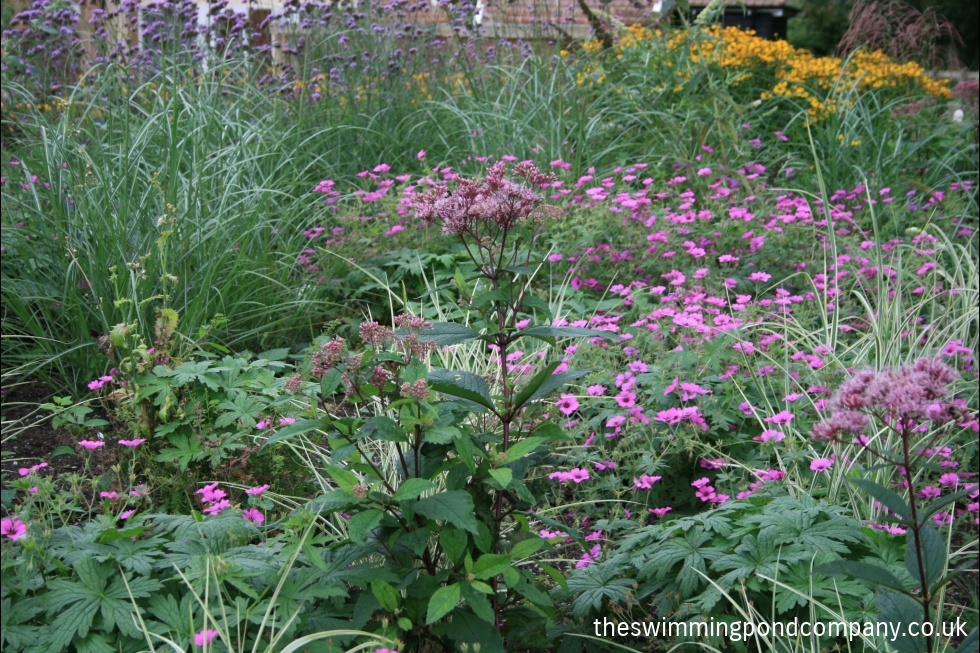 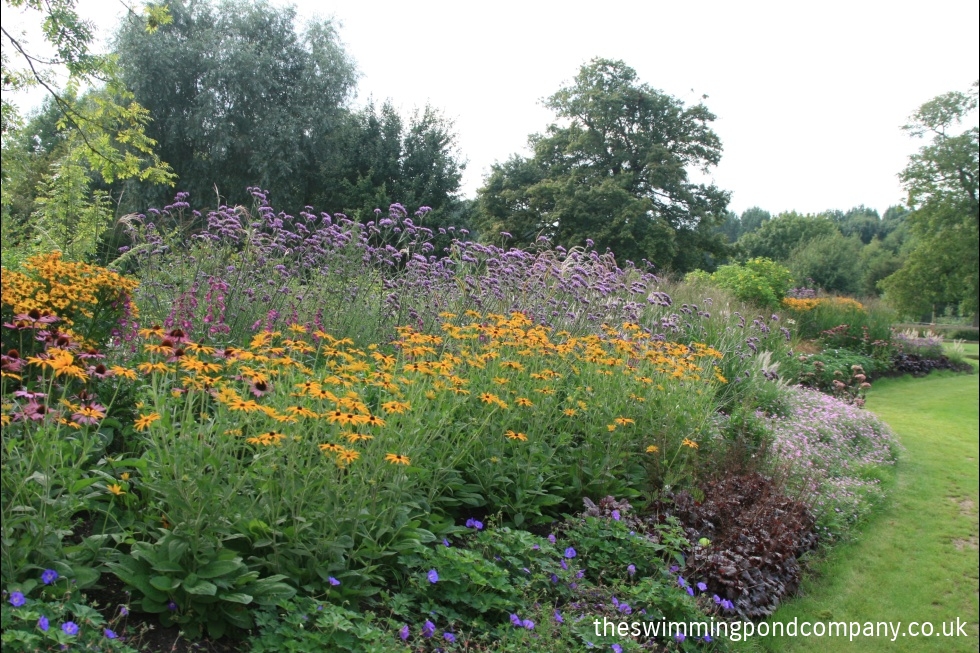 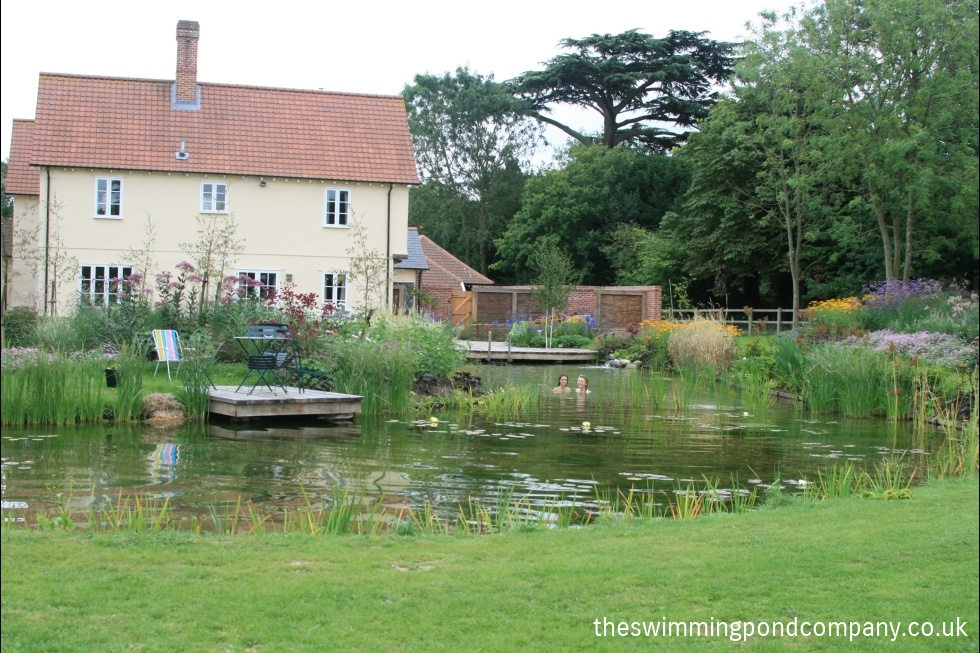 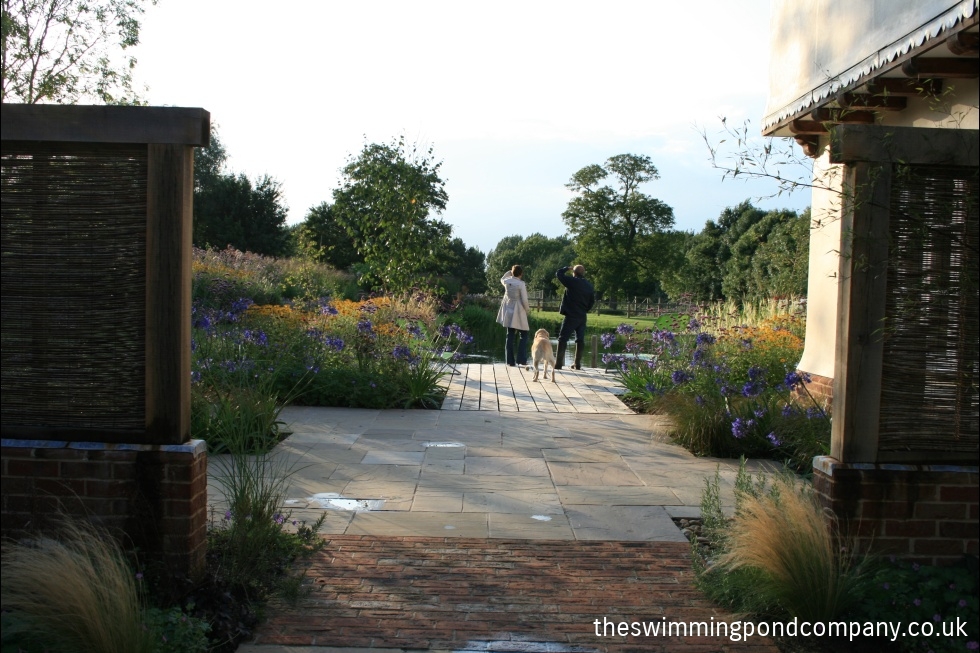 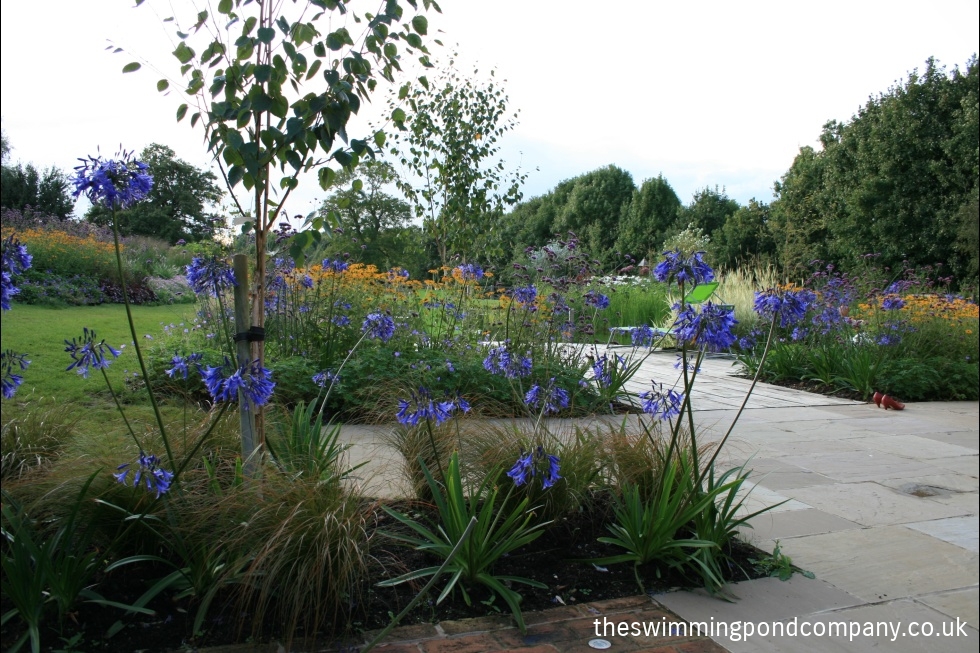 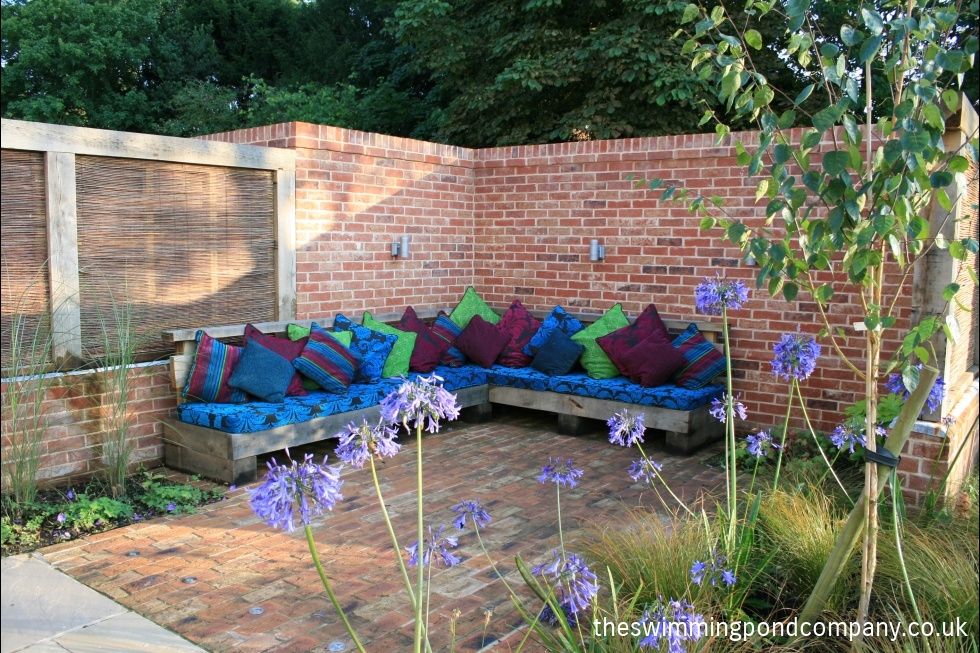 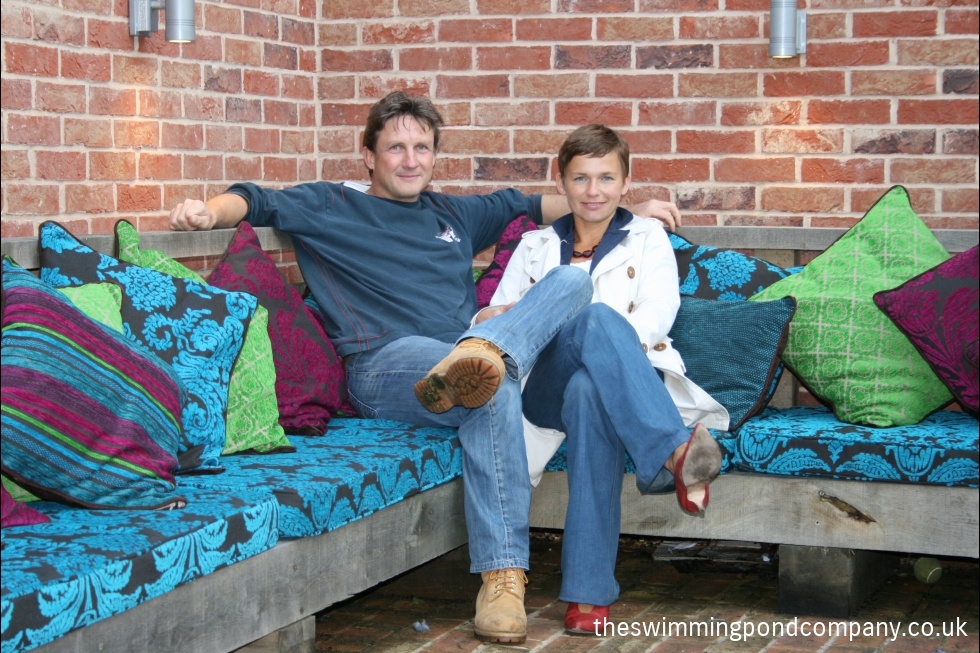 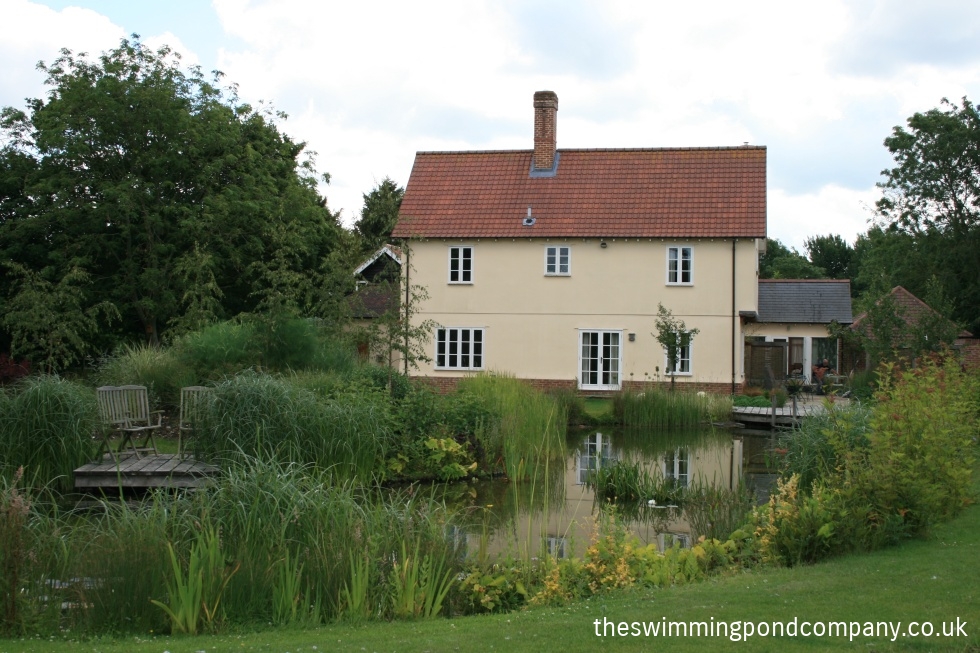 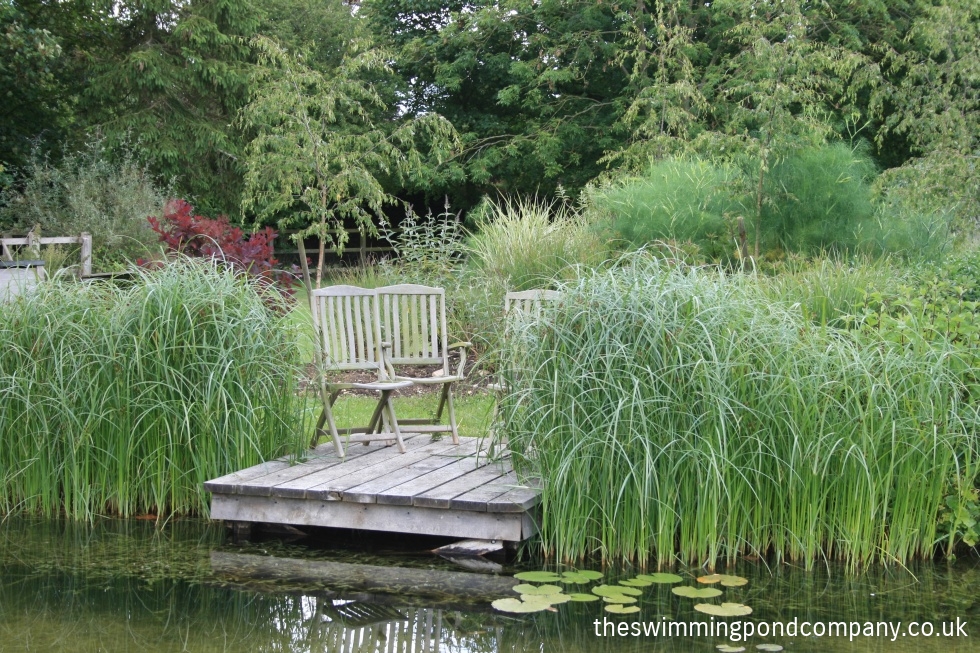 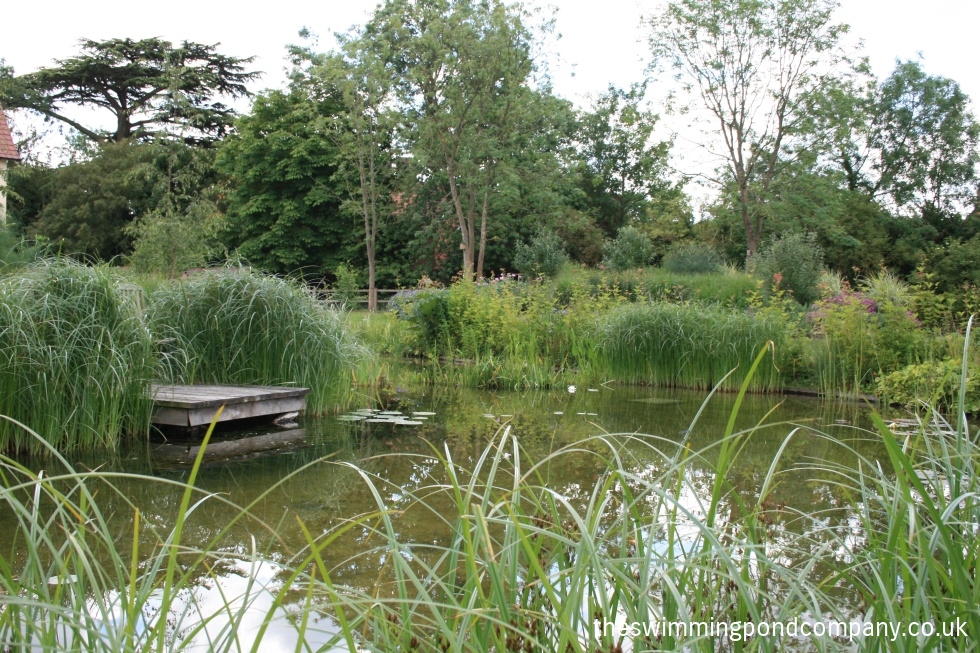 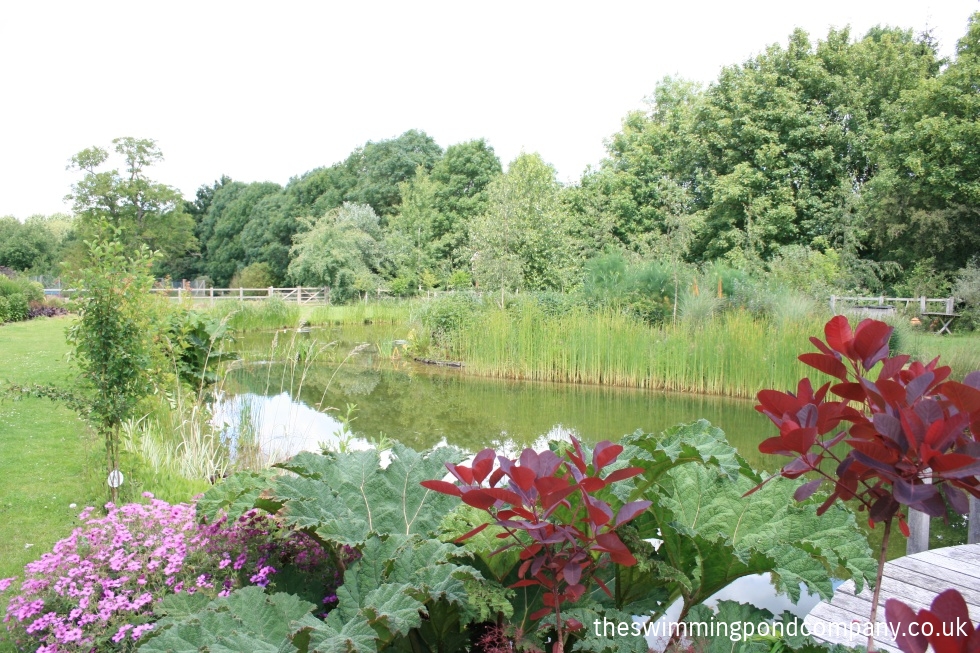 The brief was clear from the outset. Driven by their passion for wildlife they were looking for a natural swimming pool that not only offered fresh water swimming but was also going to attract as much wildlife into the garden as possible. In addition they were looking for colour from additional planting around the pool and were keen to create a wow factor with the design. Furthermore, in addition to looking colorful, the plants were required to provide valuable nectar for bees and butterflies. The brief also required that consideration was given to the terrace on the right hand side of the property. It was suggested the area could be used for entertaining. Imaginative outdoor lighting was also to be a feature.

To compliment quite a large deck that abuts to the swimming area, it was also thought that a second deck overlooking the regeneration area, and from which there were far reaching views, would be a perfect place for sundowners!

Much of the planting around the water provides food for the many insects that have been attracted into the garden. Sedums, Verbena, Geraniums and Eupatorium were used alongside a large number of Buddleias in 3 different varieties. Mixed into the herbaceous planting were a wide range of ornamental grasses, which include: Miscanthus in variety, Panicums, Pennisetums and Phalaris which flower in late summer and will also give great structure to the garden during the winter months. Aware that Chris and Bridget spent many of their holidays in Southern Africa, bold planting of Agapanthus ‘Loch Hope’ (the African lily) was used to dramatic effect.

The design of the terrace area was key to the project effectively creating a seamless transition from home to garden. With outdoor entertaining in mind a courtyard was created by building a 2.1m brick wall and dividing up the space with willow panels housed in oak frames. Essentially the space was divided into two parts, with one area primarily functioning as a dining area and the latter as a more of a comfortable seating area overlooking the natural swimming pool. A fire pit will help extend the summer evenings.

Lighting was used throughout the courtyard and around the natural swimming pool, adding another dimension to the garden.

It should be noted that the project was completed during the Spring of 2008 and the adjacent pictures taken at the end of August 2008.